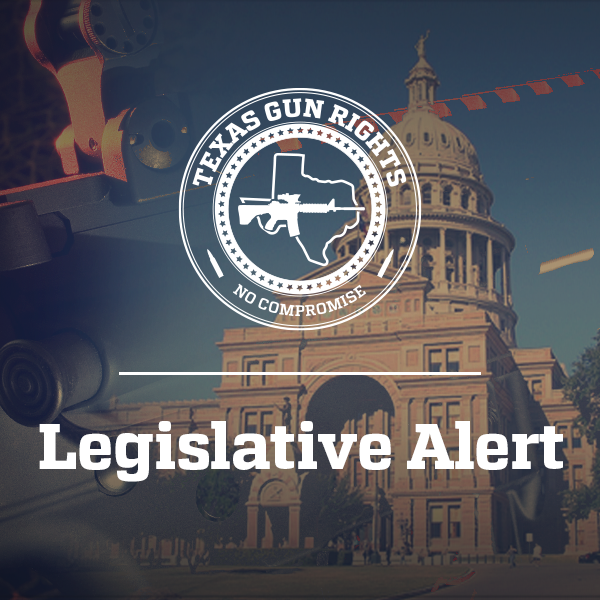 Even though Governor Abbott admitted “Red Flag” Gun Confiscation laws wouldn’t have stopped the El Paso shooter, he is now signaling support for “Red Flag” LIGHT — in the form of so-called “welfare checks.”

Sending law enforcement to your door to “talk” if a disgruntled neighbor or family member is concerned that you legally purchased a firearm.

…suggesting private sales of firearms are akin to selling guns to terrorists.

Believe me, I wish it weren’t true.

The fact is neither of Abbott’s suggestions would’ve done anything to prevent the pure act of evil that took place on August 3rd.

He successfully passed a background check.

He displayed no warning signs.

Even the most strict gun control laws in France couldn’t prevent the 2017 attacks in Paris — where terrorists obtained ILLEGAL AK47’s and bombs, launching a reign of terror over the city.

Of course, French lawmakers blamed OTHER countries for their lax gun laws after their gun control policies failed to prevent anything.

Proving people consumed with evil will always find a way to wreak havoc.

The truth is gun control laws are much more effective at disarming law-abiding citizens than criminals.

Turning them into sitting ducks for the next tragedy.

According to a 2009 study by John Lott of the Crime Prevention Research Center, 94% of all NICS background check denials were false positives.

Reports from the National Criminal Justice Reference Service for the years 2006 through 2010 show there were 347,455 denials, which resulted in a denial conviction rate of only 0.06%.

Extrapolating the data across the 14 years NICS has existed produces only 594 total denial convictions, or 42 per year.

Yet Governor Abbott appears to be buying the gun control lobby’s lies.

I recently warned you the Texas Safety Commission was STACKED with anti-gun voices to discuss gun policy — and pro-gun groups were snubbed from participating in the discussion.

After facing backlash from the grassroots, Abbott appointed the establishment gun lobby to serve as the “pro-gun” voice at the last minute.

Even worse, they now appear to be giving Abbott cover to support some infringement on the Second Amendment.

In an email to their members following Abbott’s roundtable meeting, Alice Tripp of the Texas State Rifle Association suggested it went well and there were only “discussions.”

Nothing to worry about.

And Governor Abbott’s takeaway from these discussions appear to be more infringements on the rights of law-abiding citizens.

“It was a very open and candid conversation and I’m certainly encouraged by the fact we’re trying to build consensus”
— Joe Moody (D), Author of “Red Flag” Gun Confiscation law

It’s clear politicians and those invited to the roundtable are looking for a way to negotiate our rights away.

But compromise is the enemy of freedom.

That’s why I joined pro-gun Texans at the Capitol yesterday, encouraging Governor Abbott to oppose ALL gun control: NO COMPROMISE!

The simple fact is law-abiding Texans don’t deserve to be continuously attacked for the actions of criminals.

Instead, Governor Abbott and our lawmakers should focus on allowing law-abiding Texans to be their own first line of defense — by passing pro-gun Constitutional Carry legislation.

With your continued support, Governor Abbott can be pushed in the right direction.

And that pressure is exactly why Governor Abbott is shying away from calls for outright “Red Flag” Gun Confiscation today.

That’s why your continued support today is critical to defending the right to keep and bear arms in Texas.

And it’s more important than ever to activate thousands more pro-gun Texans to continue lobbying their elected officials in defense of the Second Amendment.

After that, please forward this email to a pro-gun family member or a friend.

Thank you for all you’re able to do.