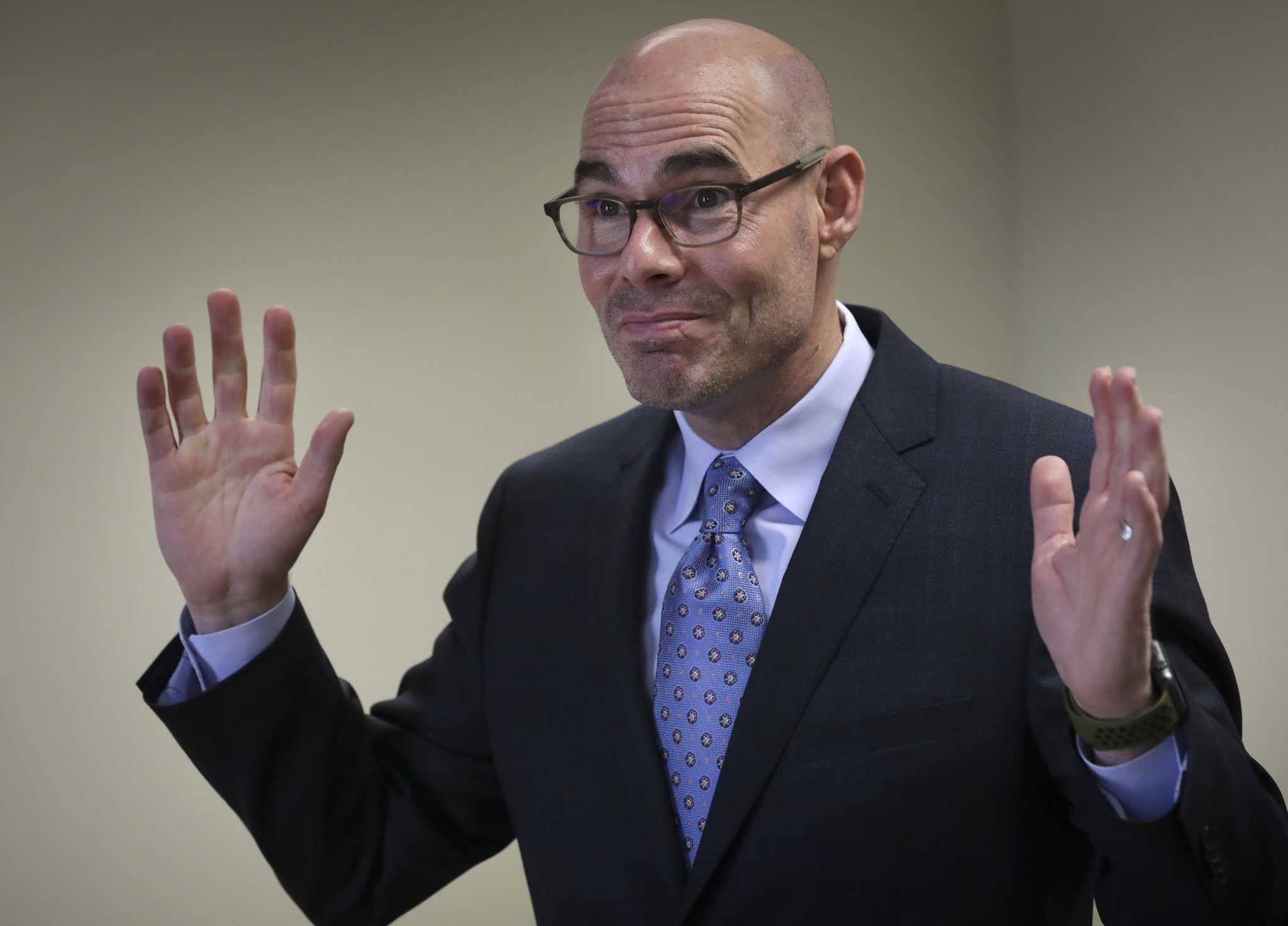 I’m sure you’ve seen the headlines by now.

And now members of his own party in the Texas House of Representatives are calling for his resignation.

But if you’re not quite up to speed, let me fill you in.

During the meeting, Bonnen and Burrows offered Sullivan’s group media access to the House floor in 2021 in exchange for political favors…

Specifically, the request was made for Sullivan’s group to target Republican lawmakers during the 2020 primary elections.

Some political insiders and legal experts say this was a clear quid pro quo.

You scratch my back, I’ll scratch yours.

The exact type of despicable behavior we’d expect to see in a fictional episode of House of Cards.

Of course, Sullivan declined the offer and tried to expose it.

But instead of coming clean, Bonnen waged war with a fake news media campaign.

Dragging Sullivan’s name through the mud in statewide media outlets, calling him a liar.

If the latter sounds familiar, that’s because Bonnen has a growing track record of lying and mud-slinging.

Earlier this year, Speaker Bonnen waged a similar smear campaign against me and Texas Gun Rights.

All so he could deflect attention from his actions to kill Constitutional Carry behind closed doors.

Predictably, he ran to the liberal press playing the fake news card in hopes of intimidating Second Amendment supporters into shutting up and backing down.

You see, Bonnen was facing intense pressure from TXGR members and supporters to make Texas the 16th Constitutional Carry state.

But instead of just coming clean with his opposition to Constitutional Carry, he lashed out at pro-gun activists instead.

He spread lies about my actions, assassinated my character, and even tried to use the Department of Public Safety as an intimidation tool to make me back down.

Unsurprisingly, the political class doesn’t like it when you flood their offices with calls, emails, and faxes, or when you send thousands of pieces of mail to constituents in their districts…

Simply asking they follow through on their campaign promises to support the Second Amendment.

But Bonnen’s response was repugnant and despicable to say the least.

Thankfully, I was exonerated by DPS Bodycam footage…which proved I was nothing but professional and respectful while peacefully canvassing neighborhoods with political flyers.

But that still didn’t invoke a single media outlet to print any retractions of misleading headlines and stories about me.

And Speaker Bonnen REFUSED to apologize for his actions when threatened with legal action.

Instead, he lawyered up and shut up. Because apologizing and doing the right thing is not his cup of tea.

But thanks to my run-in with Bonnen, Michael Quinn Sullivan chose to record his secret meeting with him out of fear of being similarly slandered:

“I had in mind the lies he told (publicly and without any consequence so far) about Chris McNutt of Texas Gun Rights…so I wasn’t going to let him do it to me.”

Lo and behold, Bonnen tried to do exactly that.

Earlier this week, Sullivan released his recording, exposing Bonnen not only as a liar, but also proving he will slander anyone to save himself.

This prompted members of the Texas House to call for Bonnen’s resignation.

“I think almost anyone who listened to the tape had to be sickened and disgusted by what they heard… It exposed an underbelly of a culture of corruption in Texas politics [that] I think is probably inexcusable.”

It’s clear the political class in Texas has become drunk with power.

That’s why Texas Gun Rights refuses to back down.

And we will not go away until Texas becomes the 16th Constitutional Carry state.

Constitutional Carry is a simple concept: if you’re able to legally possess a firearm, you should be able to carry it to protect yourself and your loved ones. Period.

No expensive taxes or fees.

It’s already law of the land in 15 states, including our northern neighbor, Oklahoma…and even Bernie Sanders’ state of Vermont.

But until we rid ourselves of corrupt, anti-gun politicians in Texas, we’ve got a tough hill to climb.

That’s why Texas Gun Rights is gearing up for a massive election accountability program.

With your support, we will be targeting up to 20 State Senate and State House races for the 2020 elections.

That way, pro-gun Texans know EXACTLY where their lawmakers truly stand on gun rights — BEFORE they are elected or re-elected into office.

And please forward this article to a pro-gun family member or neighbor.