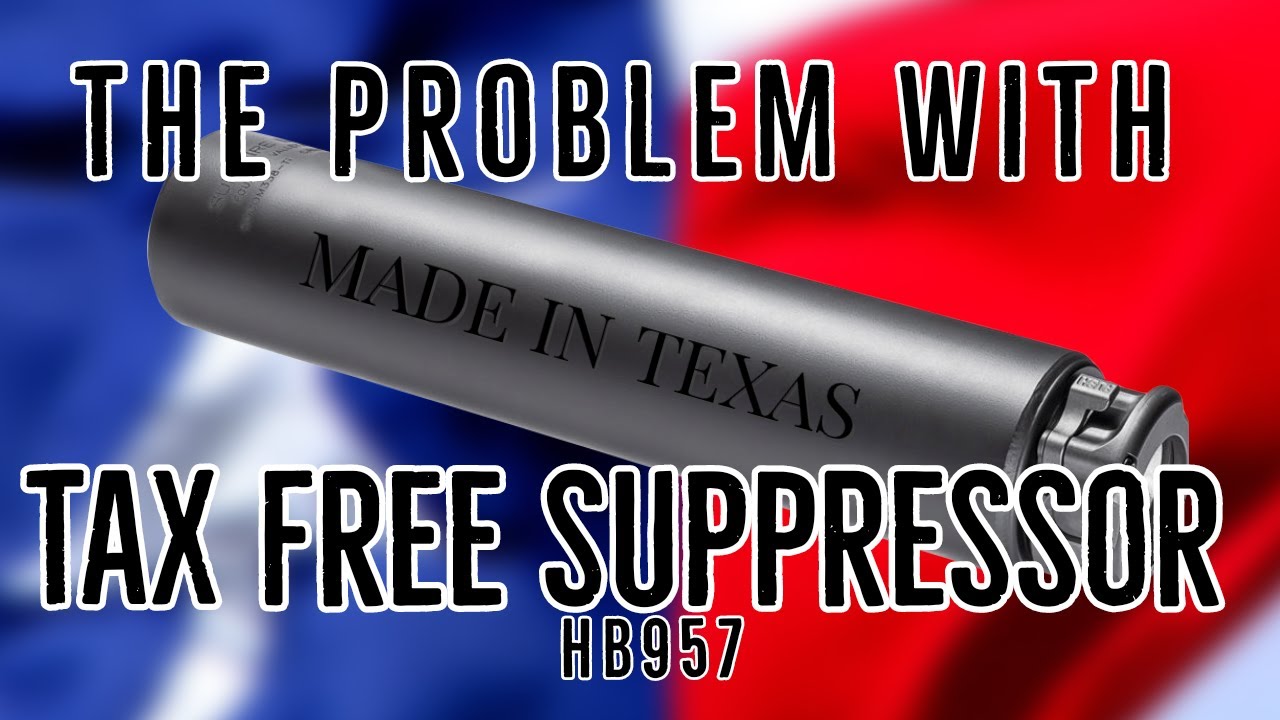 Don’t be fooled, it is still illegal!

The ATF just can’t help themselves.

For those who don’t remember, Texas’ new “Suppressor Freedom” law repealing the state criminalization of suppressor possession will go into effect on September 1st.

That means, under Texas law, any suppressors “Made in Texas” and remain in Texas will be exempt from federal regulations…in theory.

No more begging the Federal Government for permission or paying a tax to protect your ears for using a “Made in Texas” suppressor for your firearm at the range.

Or at least that was the intent.

The ATF is flexing its muscles by threatening Texas FFL dealers and telling them they must STILL bend the knee to the Federal Government when it comes to suppressors.

In fact, the ATF recently issued a letter to all Texas FFL dealers informing them that federal law reigns supreme over Texas’ “suppressor freedom” law.

Anyone not willing to go to jail should manufacture or possess a suppressor at their own risk.

Sadly, this was expected from the beginning.

After Kansas passed a similar law in recent years, Shane Cox — an otherwise law-abiding gun store owner — was found guilty of violating federal laws for the manufacture, sale, and possession of unregistered firearms and silencers.

One of his customers, Jeremy Kettler, was also found guilty on one count of possessing an unregistered silencer… even though it was “made in Kansas.”

Thankfully, both men only received probation and fines for their convictions after a lengthy court battle.

In spite of receiving support from the State Attorney General — and attempts to appeal to the U.S. Supreme Court — President Trump encouraged the court to ignore the case.

And ignore it they did!

Under Texas’ new law, probation and a fine is the BEST case scenario anyone could hope for if they decide to exercise their newfound “Suppressor Freedom.”

But with a Biden-controlled ATF now in charge, I wouldn’t hold my breath!

That is exactly why Texas Gun Rights is fighting for a true Second Amendment Sanctuary law WITH TEETH.

A true Second Amendment Sanctuary law would empower local, county, and state law enforcement officials to throw federal agents in jail if they dare to infringe upon the Second Amendment rights of law-abiding Texans!

That is why I hope you’ll chip in $15 or even $5 to help TXGR continue fighting to defend the Second Amendment in Texas!

It was only because of YOUR support — through pressure on your elected officials and generous financial contributions — that Texas finally became the 21st Constitutional Carry state.

Only with your continued support will we make sure Texas remains a beacon of hope for pro-gun patriots across America!

Thank you for your dedication and vigilance.