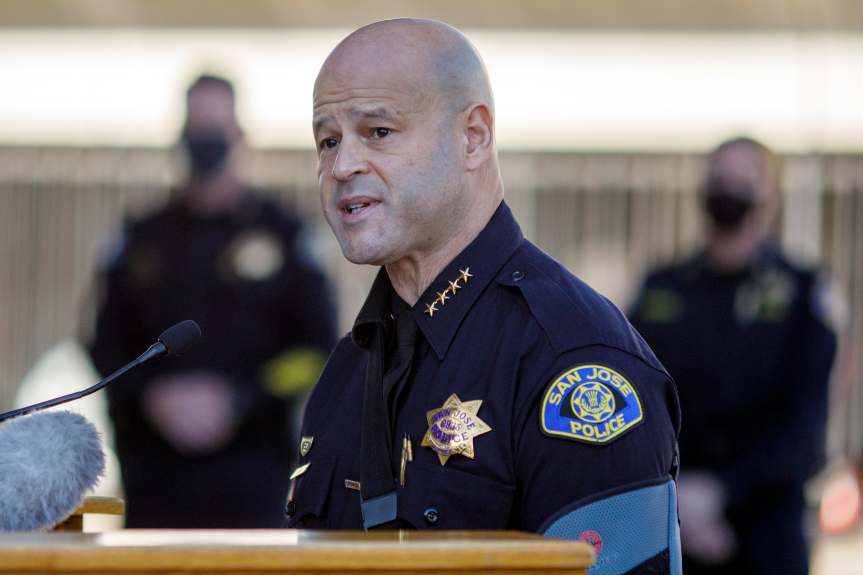 Garcia, who previously served as Chief of Police in San Jose, California, went on record in support of a so-called “Assault Weapons” ban during a 2016 interview with San Jose Inside.

“My belief — and I realize this may not be popular — is that these weapons should be for military and police use only.”

In the same interview, Garcia gushed his support for the “Black Lives Matter” organization and stated that it is “valid” for people to be scared of police use of force and expressed his eagerness to work with BLM…

…yet he advocates for fewer guns in the hands of citizens.

This begs the question: if Garcia believes police to be dangerous, why does he want them to be the only ones carrying firearms?

If this sounds familiar, it’s because it is the favorite contradiction of the political elite that really doesn’t hate guns — as long as they are the only ones who have them.

Of course, this problem for Dallas is only exacerbated with the shocking memo leaked from the Dallas Police Department last week suggesting police not be dispatched to certain crimes — including car theft and breaking into a vehicle.

Thankfully, this memo has been rescinded after being prematurely leaked.

But the mere fact that the Dallas Police Department is considering responding to fewer active crimes — amid a shortage of hundreds of officers and hiring an anti-gun police chief — could spell disaster for everyone living in Dallas.

Of course, Chief Garcia is the type of person who subscribes to the “but it was written a long time ago!” argument when trying to discredit the Second Amendment.

“I wonder if today’s modern weaponry were available then, if that amendment would look the same. I suspect not.”
— Eddie Garcia

We only need to look at the First Amendment to see that argument fall apart; does the right to free speech still apply to modern tools like the internet and cell phones? Of course.

Thankfully, petty tyrants in Dallas government are barred from enacting any gun control thanks to Texas’s firearms preemption law — which bans municipalities from passing any gun control laws that are more stringent than state law.

But we cannot get too comfortable, because Democratic State Rep. Terry Meza filed HB 238 for the 2021 session, which would REPEAL the Texas firearms preemption law.

Texas Gun Rights needs your help fighting this bill and all other gun control coming down the pipe in Austin.

You see, law enforcement brass has long been out of step with the rank-and-file officers who are on the streets every day and understand that armed, law-abiding citizens make for safer communities.

And according to John Lott of the Crime Prevention Research Center, concealed carry permit holders are more law-abiding than even government and police.

But the anti-gun police chiefs in large liberal cities are always actively working to undermine them.

Just look at Houston Police Chief Art Acevedo, who uses his position to testify against Constitutional Carry and said Texans should be punished for carrying without a license when evacuating a disaster.

Despite the hand-wringing of anti-gun politicians and law enforcement bureaucrats, the 16 states with gun freedom through Constitutional Carry are simply not plagued with shootouts and vigilante justice.

So please sign your “No Gun Control Mandate” petition urging your lawmakers to oppose ALL gun control in Austin.