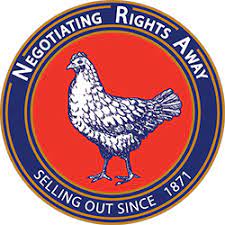 Doing the same thing over and over while expecting different results.

When it comes to the NRA’s recent glowing endorsement of Lt. Governor Dan Patrick, they are either insane or have a severe case of selective amnesia.

That’s because Dan Patrick has been a thorn in the side of Texas gun owners for years!

In 2015, Patrick lashed out at gun activists for supporting “Open Carry” legislation — a law that was already on the books in nearly 40 states across America.

He even famously stated that the legislation “didn’t have the votes” in his Republican-controlled Senate as he tried killing the bill behind the scenes.

As a staffer in the Texas Senate at the time, I remember vividly how angry Dan Patrick was with grassroots activists who supported both Open Carry and Constitutional Carry.

He even punished Senator Don Huffines for filing the Constitutional Carry bill that generated the lion’s share of phone calls from constituents into his office.

Thanks ONLY to the persistent grassroots pressure from Texans across the state, Open Carry ended up being passed in 2015 in spite of Patrick’s opposition…

Sadly, Patrick was successful in watering the Open Carry bill down to require a license…which was more restrictive than the 31 states who enjoyed open carry WITHOUT a license.

Like clockwork, the NRA sang Patrick’s praises and proudly endorsed him for re-election in 2018 as a pro-gun hero.

But then it got worse. 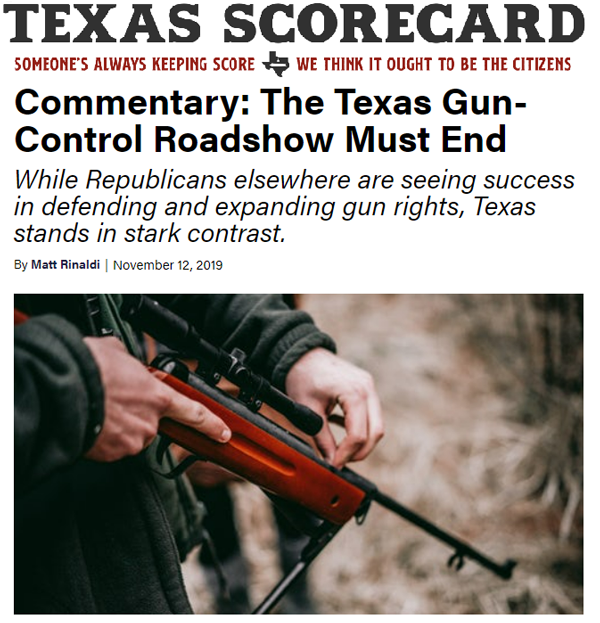 In 2019, following the actions of deranged criminals in El Paso and Midland-Odessa, Lt. Governor Patrick joined Governor Abbott and disgraced former Speaker Dennis Bonnen in launching a Gun Control Roadshow — a series of legislative hearings held across the state to discuss “reasonable” forms of gun control.

Essentially, they unilaterally decided to punish law-abiding gun owners for the actions of a criminal.

Even Governor Abbott said in closed door meetings that the Texas Legislature “must pass Republican gun control” to stop Democrats from passing something worse.

Apparently, he missed the memo where Republicans held solid majorities over the Texas Legislature!

He was hell-bent on forcing every gun sale through the heavily flawed “NICS” Federal Gun Registry… effectively prohibiting the private sale, borrowing, or gifting of a firearm without first obtaining the government permission. 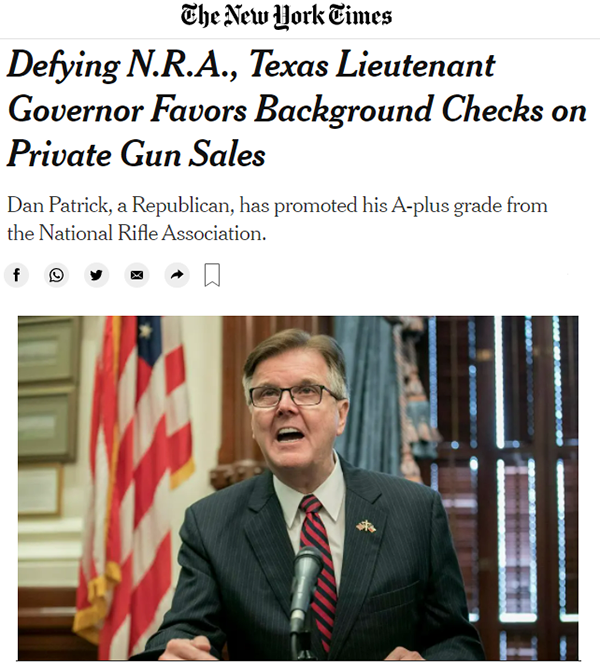 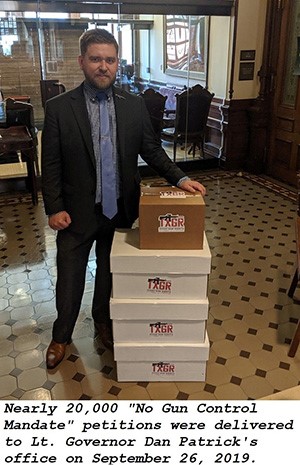 Even though Patrick was quickly swatted down by pro-gun Texans, it didn’t take long for him to start acting up once again.

In 2021, Constitutional Carry legislation sailed through the Texas House of Representatives — thanks to the grassroots pressure generated by Texas Gun Rights members and supporters.

Just days before the House voted the bill out of its chamber, rumors were swirling through the Capitol that Patrick was whipping up anti-gun law enforcement unions to lobby against Constitutional Carry at the Capitol.

Thankfully, Patrick’s wishes were shattered when the Texas House passed Constitutional Carry — with the help of eight Democrats!

But yet again, Patrick said Constitutional Carry “didn’t have the votes” in the Republican-controlled, “more conservative” Texas Senate… essentially declaring it dead on arrival.

This time, however, Patrick faced near-instant backlash — and he sneakily tried appeasing gun owners by filing a separate, weaker Constitutional Carry bill in the Senate… to start the legislative process over and run out the clock!

Texas Gun Rights quickly sniffed out his dirty play and demanded that the House version of Constitutional Carry be taken up in the Senate by connecting thousands of our members’ phone calls to his office.

Patrick eventually let the House Constitutional Carry bill through committee, but worked with RINO’s in the Senate to add amendments to water it down on the Senate floor and potentially kill it.

Not only that, I received trusted intel that Dan Patrick told the NRA lobbyist for Texas that Constitutional Carry was DEAD.

Meanwhile, Patrick was in the media gloating about Constitutional Carry moving through the Senate… talk about talking out of both sides of his mouth!

Thankfully, Texas Gun Rights teamed up with then Republican Party Chair Lt. Col. Allen West to turn up the pressure on Patrick — exposing and putting an end to Patrick’s shenanigans.

Texas Gun Rights members and supporters from across the state made it clear that there was no excuse Constitutional Carry shouldn’t become law and if it didn’t, Patrick would be to blame.

Finally, that’s when Patrick knew he had lost and worked with the conference committee to finally get the bill to the Governor’s desk.

In spite of all of this, Patrick was invited to sit next to NRA Vice President Wayne La Pierre and Governor Abbott at the Constitutional Carry bill signing at the Alamo.

“Birds of a feather flock together…”

Now, the NRA is emphatically endorsing Dan Patrick for re-election as a “strong supporter of the Second Amendment in Texas,” and puffing up his credentials with an “A+” rating — even claiming that he helped pass Constitutional Carry.

It is this type of behavior from the compromising establishment gun lobby – who would rather preserve relationships with politicians than hold them accountable for their anti-gun actions — that Texas has lagged behind much of the nation in pro-gun freedom for so long.

In many ways, the Texas Legislature and the NRA have been “all hat and no cattle” in Texas until the activism of TXGR members and supporters forced them to play more than just lip service to the Second Amendment.

Rest assured your Texas Gun Rights will never bend a knee to compromise, and your Second Amendment rights will always be our #1 priority — not relationships and fancy steak dinners with sell-out politicians.

That’s also why we’re doing all we can to hold anti-gun politicians and candidates for office accountable before the upcoming primary elections.

So please, consider chipping in $10, $20, or whatever you can afford to help Texas Gun Rights continue fighting for the Second Amendment in Texas.

We truly appreciate your support!

Rest assured your Texas Gun Rights will never bend a knee to compromise, and your Second Amendment rights will always be our #1 priority — not relationships and fancy steak dinners with sell-out politicians.

That’s also why we’re doing all we can to hold anti-gun politicians and candidates for office accountable before the upcoming primary elections.

So please, consider chipping in $10, $20, or whatever you can afford to help Texas Gun Rights continue fighting for the Second Amendment in Texas.