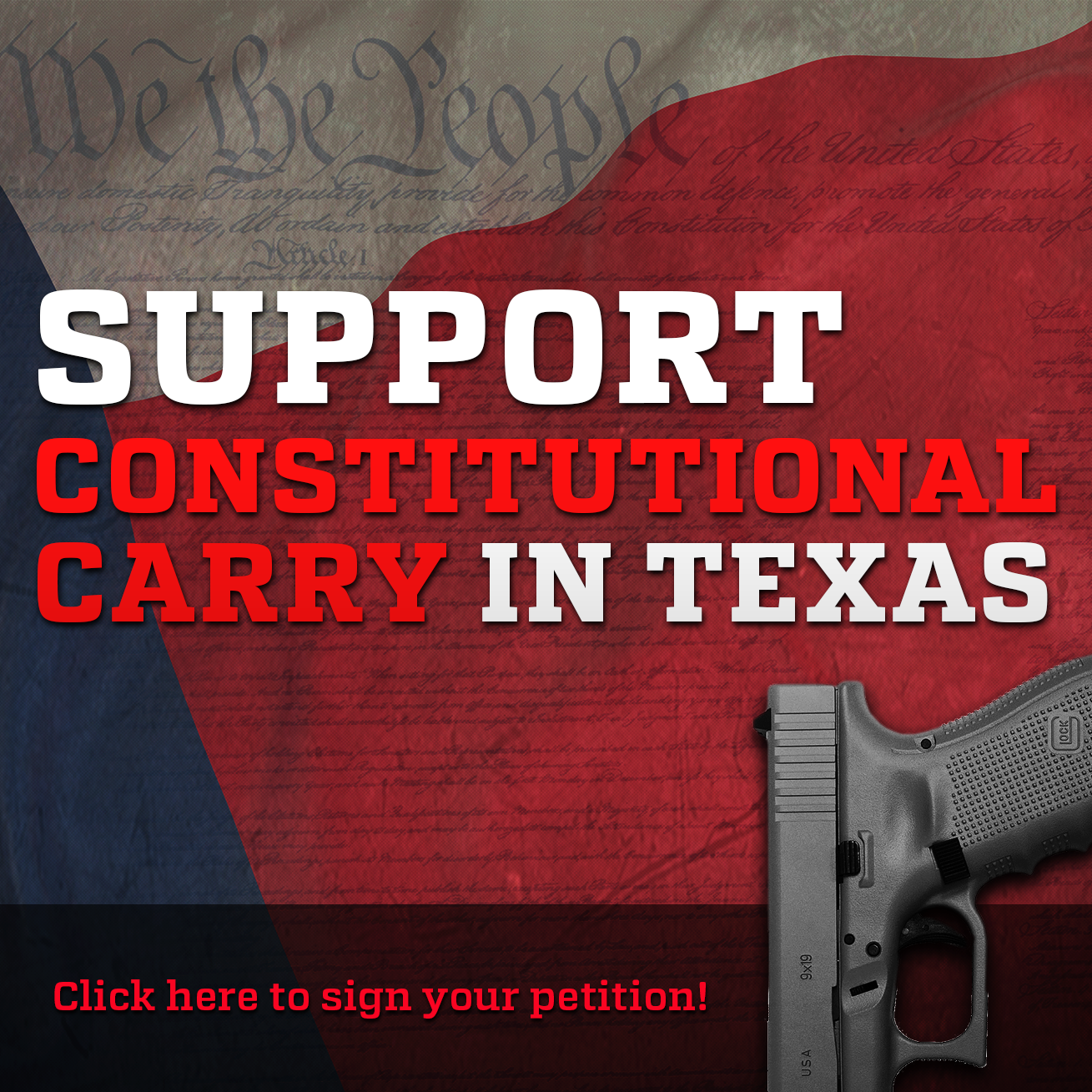 You won’t believe this!

You can’t make this stuff up.

Constitutional Carry bills HB 1238 and HB 2900 are sitting idle in the Texas House of Representatives.

As I previously reported, in spite of pro-gun Texans overwhelmingly testifying in support of Constitutional Carry, the Republican-controlled House Homeland Security and Public Safety Committee advanced watered-down permitless carry instead.

But that’s not all!

While President Biden was declaring his executive actions for gun control from high upon his throne in Washington, D.C., the same Republican committee in Austin was holding hearings for gun control bills!

Believe me, I wish it weren’t true…

That’s why it’s critical your lawmakers hear from you with a resounding message: stop pushing gun control and pass Constitutional Carry!

So if you haven’t already, please sign your Constitutional Carry petition TODAY.

Gun Control Lobby-backed HB 118 (Universal Gun Registration) and HB 791 (BAN of open carry at public demonstrations) were both heard in the House Homeland Security and Public Safety Committee on Thursday.

HB 791 would make you a criminal for open carrying your firearm if anyone decides to hold a “public demonstration.”

Over the past year, the rioting and looting we witnessed across the country and referred to as “mostly peaceful protests” can constitute as a public demonstration.

This is clearly just another attempt by radical gun control fanatics to find excuses to harm gun owners like you and me.

So in case H.R. 8 never clears the U.S. Senate, there is STILL a chance it could be enacted in Austin.

That means we could be one tragedy away from a Republican “compromise” on gun control.

But I don’t think you need me to tell you that registration is always the first step to outright confiscation.

Let me be clear: the best way to stop Texas from descending into the pit of California-style gun control is to go on the offensive.

So instead of placating the Left by holding anti-gun hearings, Texas Republicans should focus on passing pro-gun Constitutional Carry legislation! Period.

In fact, after being stabbed in the back by Republicans for the past several years, anything short of the passage of Constitutional Carry in 2021 is unacceptable.

That’s why your Constitutional Carry petition to your elected officials is so important.

If you can legally own a firearm, you should be able to carry it openly or concealed without jumping through hoops and paying expensive fees for government permission.

That’s why I am counting on you and thousands of other pro-gun Texans to tell your legislators that they must support TRUE Constitutional Carry.

Over the past 6 years, Texas Gun Rights has been leading the charge to make Texas the next Constitutional Carry state.

Because of the pressure you applied to politicians, multiple Constitutional Carry and limited “permitless” carry bills were filed for the first time ever.

Your impact is clearly making a difference.

Now, we must continue turning up the pressure on lawmakers to get Constitutional Carry past the finish line!

And please forward this email to all your pro-gun friends to join the fight.

I can’t do it without you.