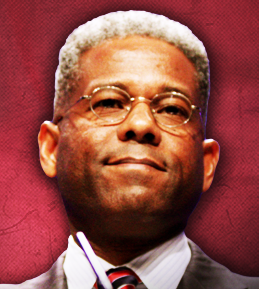 All eyes are on Texas

Texas Gun rights and the National Association for Gun rights is teaming up with Lt. Col. Allen West to make Texas the 21st Constitutional Carry state!

You can read our recent alert from Lt. Col. Allen West below:

A strong leader never surrenders when absolute victory is within his grasp.

Unfortunately, that is precisely what is taking place in Austin right now. Unless you and I act immediately, we could lose our best chance to restore gun rights in Texas.

At this very moment, Texas is closer than it has ever been to passing true Constitutional Carry. With H.B. 1927 having already sailed through the Texas House with bi-partisan support, all eyes are now on the Senate.

So before you read on, please take a moment to sign your Constitutional Carry Petition right away.

As the fight for gun rights in the Texas Senate ramps up, several Republicans are already showing signs of hesitation.

That is why I am teaming up with the National Association for Gun Rights to collect petitions urging Lt. Governor Dan Patrick and Governor Greg Abbott that we must strike when the iron is hot.

All our efforts will be for nothing if H.B. 1927 doesn’t get a vote on the floor of the Senate.

The time is now.

Your signed petition, along with thousands of others just like it, will be delivered directly to Lt. Governor Patrick to show him just how many red-blooded Americans want this done.

Weakness is not an option. We need all hands on deck to push H.B. 1927 over the finish line.

It is up to pro-gun grassroots supporters like you to make it crystal clear to the political class that they need to take action in this landmark fight for liberty.

So join me and my friends at the National Association for Gun rights send a message by signing your Constitutional Carry Petition immediately.

As you may know, I am working overtime all over the state to see this bill through.

This has been a coordinated effort for years, but we cannot afford to wait another second to get this done.

Your support means everything.

Even a simple signed petition speaks volumes to our elected officials. It plainly shows them the masses will not stand for anything less than true Constitutional Carry.

Excuses are already flying around left and right, trying to find reasons not to push forward. But, to be frank, those making excuses don’t have a leg to stand on.

Lt. Gov. Patrick should prove his leadership and push Constitutional Carry to the floor, so we can put the State Senators on record.

With firm Republican control, the votes are there. Now, they just need to act.

But that’s why I need you to sign your petition right away.

Texas has a reputation as being amongst the best Second Amendment states in the country.

Yet, the Lone Star State lags behind 20 states, including Oklahoma and Kansas, when it comes to Constitutional Carry.

Here in the state of Texas, we should not have to ask for a permit to carry the firearm that we are legally able to have because of our constitutional right.

Trust me when I say, all eyes are on Texas.

We cannot afford to let this opportunity slip through our fingers.

Thankfully, the National Association for Gun Rights is already fighting tooth-and-nail, mobilizing the pro-gun grassroots, and turning up the pressure on the politicians.

But we need all hands on deck in order to push Constitutional Carry across the finish line.

I am honored to serve you, and I can’t tell you how much I appreciate all the support you’ve given me over the years.

Thank you for taking action today.