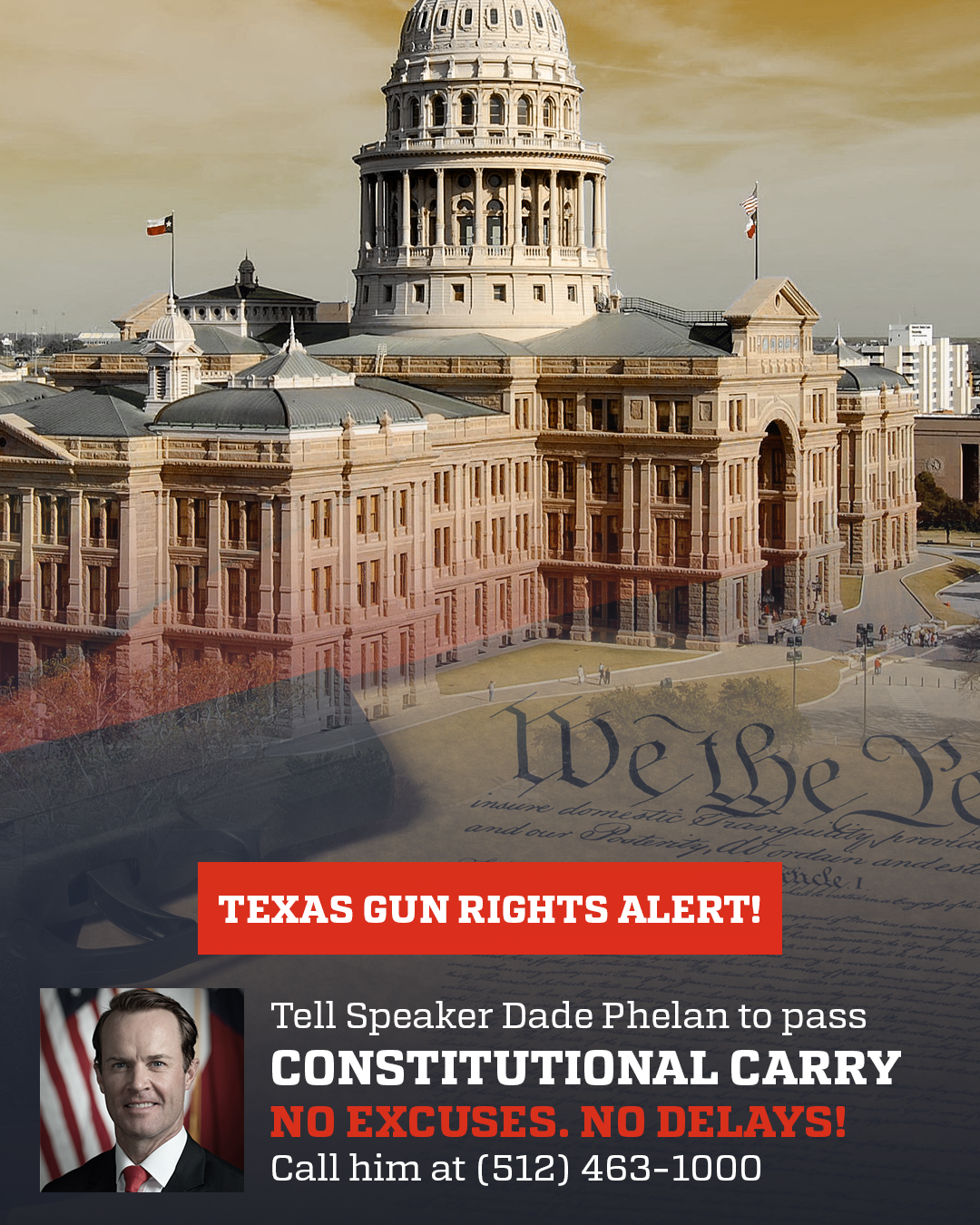 Yesterday, the Texas Senate passed Constitutional Carry House Bill 1927 out of the Senate with an 18-13 vote.

While I would normally be emailing you in celebration of this historic event, I am instead asking you to help me turn up the pressure.

Here’s why this is so important:

After Lt. Governor Dan Patrick caught flak for trying to sandbag Constitutional Carry claiming it “didn’t have the votes” to pass the Senate just two weeks ago, he quickly changed his tune and claimed he would “pull a rabbit out of the hat” to make it happen.

But now that the bill has passed through the Senate, it appears this “rabbit out of the hat” trick came with strings attached.

Several ill-advised amendments were tacked on to the bill to placate a handful of Republican Senators who were wishy-washy on Constitutional Carry.

It appears rather than doing his job to get his caucus in line, Lt. Gov. Patrick muddied the water by buying votes with a smorgasbord of amendments.

And it appears at least one of these amendments could give Constitutional Carry opponents the excuse to kill the bill — but only if Speaker Phelan lets it.

With HB 1927 now back to the House and session ending later this month, it’s critical Speaker Phelan get it to Governor Abbott’s desk immediately — without procedural delays or excuses!

I can’t stress to you enough how critically important your phone call to Speaker Phelan is.

The Austin political class is in a state of chaos, with rumors and half-baked theories about what is going to happen to Constitutional Carry, if and when the House takes it up again with the Senate’s amendments.

Much of this confusion is caused by the overwhelming amount of pressure that you’ve put on them, making it clear that killing Constitutional Carry this year is not an option for them.

I won’t bore you with the inside baseball and the procedural hurdles being talked about by those in the halls of the Capitol.

Ultimately, legislative leadership can get House Bill 1927 to the Governor’s desk if they want to, and that will only happen with your persistent action.

The message has to be clear from the grassroots: No procedural excuses will be accepted for the death of Constitutional Carry.

Get it to the Governor’s desk without delay or pay the political consequences!

After years of fighting to make Texas a Constitutional Carry state, we are almost to the finish line.

And we simply wouldn’t be here without your consistent activism, by signing your petitions, calling and emailing your legislators, and even showing up at the Capitol.

But all of our progress could come to a screeching halt if we let up now.

Thank you for your continued activism.