They said it couldn’t happen here in Texas.

But after recent events in “gun free” criminal safety zones, gun control zealots are frothing at the mouth to eviscerate our gun rights in the Lone Star State.

That’s why Texas Gun Rights is gearing up to push back against the impending assault on our rights.

But I need to know you have my back by signing your Texas Gun Rights Executive Summary RIGHT AWAY. 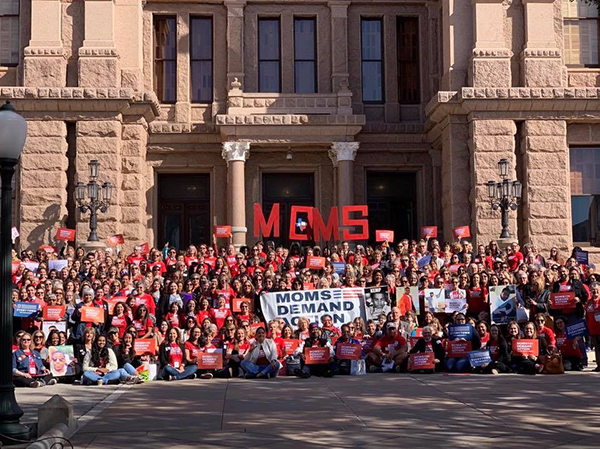 Even though he hastily backed off — after receiving pushback from tens of thousands of pro-gun Texans — it appears that Astroturf gun control groups are making a reinvigorated push for it in Austin, now that the Legislature is back in session.

These dangerous confiscation laws throw due process out the window and place gun owners and law enforcement officers in grave danger.

With a mere accusation — and with no presumption of innocence — an anti-gun family member, ex-partner, or roommate can demand an order to be issued against you.

All because they think you’re “crazy” or “dangerous” for holding pro-gun views.

In fact, a similar GUN CONFISCATION law currently in place in Maryland already led to the death of one gun owner on his doorstep.1

After these confiscation orders received bi-partisan support from Governor Abbott last summer, this dangerous proposal is rearing its ugly head once again.

HB 131 and SB 157 are “red flag” confiscation bills that have already been filed in BOTH chambers of the Texas legislature.

Sadly, these bills are just the TOP priority for gun control activists; they are also voraciously opposing pro-gun Constitutional Carry legislation, too.

Meanwhile, Constitutional Carry legislation is rapidly sailing through the Oklahoma and Kentucky Legislatures as we speak.

In Texas, politicians are ignoring their pro-gun constituents and are instead flirting with the idea of passing “red flag” gun confiscation orders.

If you and I don’t go all-out to push back against the gun control cabal, gun rights in Texas could be in grave danger.