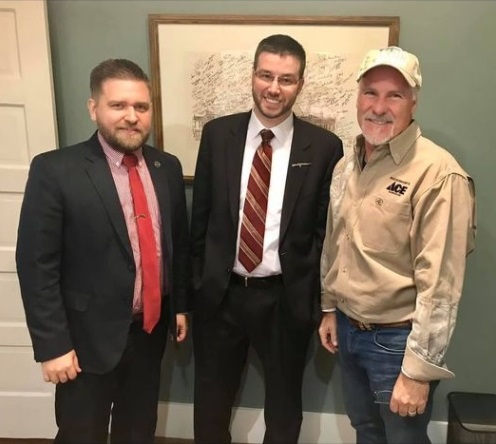 From the great government freak-out surrounding COVID-19, to protests in streets across America, life isn’t going quite as well as most of us had planned for in 2020.

That’s why I’m excited to finally be able to report some good news to you:

As you may recall, Representative Biedermann co-sponsored Constitutional Carry each of the last two legislative sessions he’s been in office.

But when the original bill sponsor let us know he was not seeking reelection this November, I knew we’d have to find a new Representative to file the bill in 2021.

That’s why I met with Representative Biedermann late last year to begin those discussions.

And yesterday, Representative Biedermann officially announced he will be filing the bill when the new legislative session begins in January.

Constitutional Carry simply states that law-abiding citizens can carry their firearm — open or concealed — without having to first beg for government permission.

Simply put, it would make the Second Amendment the only “permit” required to exercise your right to bear arms.

Under Constitutional Carry, the current permitting system remains in place for residents to obtain a License To Carry (LTC), allowing you to carry in other states with reciprocity.

The only difference is a citizen is not FORCED to ask for government permission in order to exercise this important, constitutional right.

Fifteen states already have Constitutional Carry laws on the books with Kentucky, South Dakota, and even Oklahoma joining the ranks just last year.

That means once you cross our northern border into Oklahoma, you no longer need your government permission slip to protect yourself and your loved ones.

As it stands, Texas is even trailing behind liberal Northeastern states like Maine and New Hampshire when it comes to Constitutional Carry.

It is a shame law-abiding Texans are forced to beg for government permission — and pay a fee — before being able to exercise their God-given right to keep and bear arms!

All these infringements and bureaucratic red tape only serve to discourage law-abiding citizens from exercising their rights.

That’s where you come in.

Texas legislators need to hear from law-abiding gun owners like you.

Speaking together, in large numbers, we can convince them they must take action on Constitutional Carry, or face the political consequences.

As we get closer to the general election, your voice becomes even more important.

That’s why I hope you’ll add your voice to the tens of thousands of Texans already calling for Constitutional Carry by signing your petition right away.

Frankly, standing together is the only way we can overcome the political establishment’s blockade of our gun rights.

We need to make it clear we want nothing less than an up-or-down floor vote on Constitutional Carry in the Texas House.

I hope I can count on you to join me.