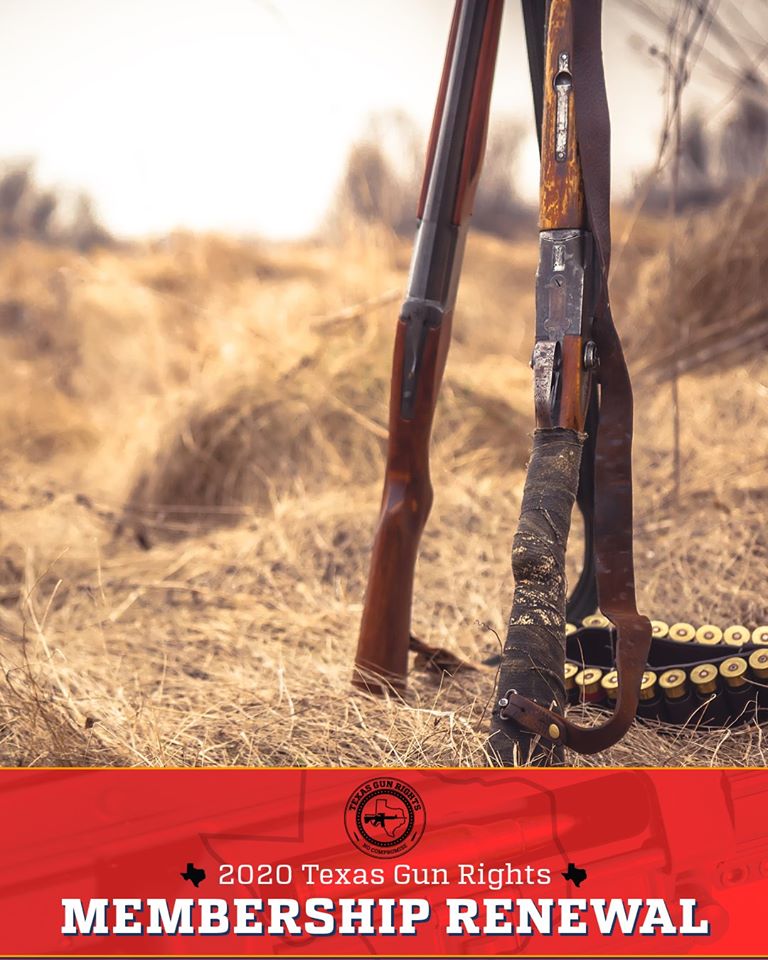 Ding-dong the witch is dead!

That was the sentiment from gun owners after Speaker Dennis Bonnen announced he would NOT be returning to the Texas House in 2021.

But it is important to understand this only became a reality because of TXGR members like YOU.

Earlier this year, pressure from TXGR members forced Bonnen out of the shadows as the man responsible for killing Constitutional Carry.

Not only that, your pressure exposed the first cracks in the fissure that led to the end of Bonnen’s political career…

…by forcing him to step down in disgrace after being caught up in scandal after scandal.

Sadly, our work is not done.

Bonnen’s cronies are angling to take the reins of power in his absence.

So we must continue our efforts to expose them ahead of the 2020 elections!

Your membership serves as the financial backbone to everything we do at TXGR.

Membership dues allow us to know exactly what money we can count on to run our most critical operations during both the election season — and the legislative season.

We don’t rely on contributions from mega donors.

It is the countless small donations from pro-gun Texans across the state that give power to what we do.

Without the support of grassroots activists like you, we wouldn’t be able to fight back against corrupt politicians like Dennis Bonnen, or gun control zealots like Michael Bloomberg.

So please understand how important your membership is to our 2020 mission.

Following the recent tragedies in Texas and Ohio, the shrieking for more gun control by the radical Left is getting louder by the day.

It’s clear politicians in BOTH parties must be held accountable for their stance on the Second Amendment.

With the assaults on our gun rights growing by the day, maintaining and growing our ranks is of paramount importance.

That’s why it’s so urgent for you to renew your membership today!

In addition to the legislative assaults, anti-gun Democrats like Nancy Pelosi are declaring Texas’ suburbs “ground zero” for 2020.

In this environment, it is critically important all Texans know exactly where their politicians stand on the Second Amendment — and hold them accountable.

I know it may seem early to start thinking about 2020, but think about how many years the anti-gun Left has been pouring money into Texas for a payoff they are only just starting to see.

You and I cannot wait until a few months before November 2020 to get engaged in the fight.

You’re an important part of everything Texas Gun Rights does. Thank you for your support!