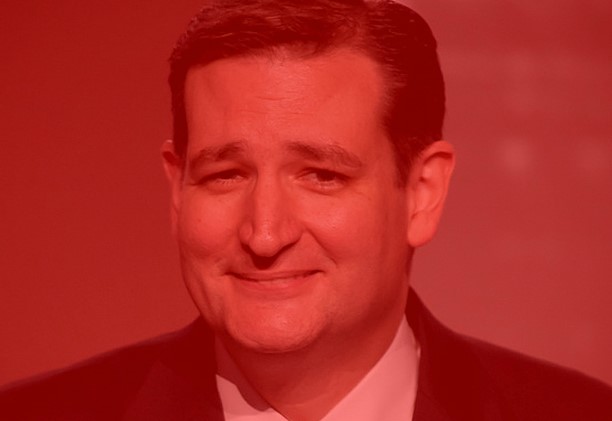 Our “pro-gun” lawmakers should be standing up against the gun control lobby and Fake News media.

Instead, Republicans are caving on gun control — and President Trump is leading the charge!

Sadly, I’m afraid U.S. Senator Ted Cruz is falling into that trap…and he must hear from you right away!

A spokesman for Cruz stated he “believes red-flag [gun confiscation] laws are one of the tools states should consider.”

Believe me, I wish it weren’t true.

And this statement reinforces comments he made during a Senate committee hearing on gun control in March, stating:

According to The Washington Post, Cruz’s spokesman claimed “Red Flag” laws should respect “due process and constitutional rights.”

As you and I know, this is simply not possible.

“Red Flag” gun confiscation laws give government the power to raid your home and seize your guns based on nothing more than an allegation from a disgruntled ex, an unfriendly neighbor, or even a jealous co-worker.

No crime being committed.

No court hearing and no ability to face your accuser.

No presumption of innocence.

All because they think you’re “crazy” or “dangerous” for holding pro-gun views.

And those targeted by “Red Flag” laws have to go through a lengthy and expensive legal process just to have any chance of reclaiming their Second Amendment rights.

Weaponizing government against gun owners already had deadly consequences for one Maryland man, who was shot dead on his door step after the state’s Republican Governor signed gun confiscation into law there.

And now that President Trump is calling for “Red Flag” laws, it appears a RINO stampede is in the making.

In case you missed my recent email, our other U.S. Senator, John Cornyn, is a part of that stampede.

Senator Cruz is still seen as one of the biggest champions for liberty in the U.S. Senate.

But if he votes for “Red Flag” — or any other form of gun control — he will give cover to “moderate” Republicans like Maine’s Susan Collins and Alaska’s Lisa Murkowski to do the same.

Then the question becomes: “if Senator Cruz supports taking guns without due process, what other types of gun control will he support?”

Bans on certain types of guns, like Dianne Feinstein is calling for?

But if Senator Cruz sees the people of Texas expect him to stand against ALL gun control, we stand a much better chance of stopping it from passing the U.S Senate.

That’s why I need you to call Senator Cruz at (713) 718-3057 and respectfully urge him to OPPOSE all gun control, especially “Red Flag” gun confiscation orders!