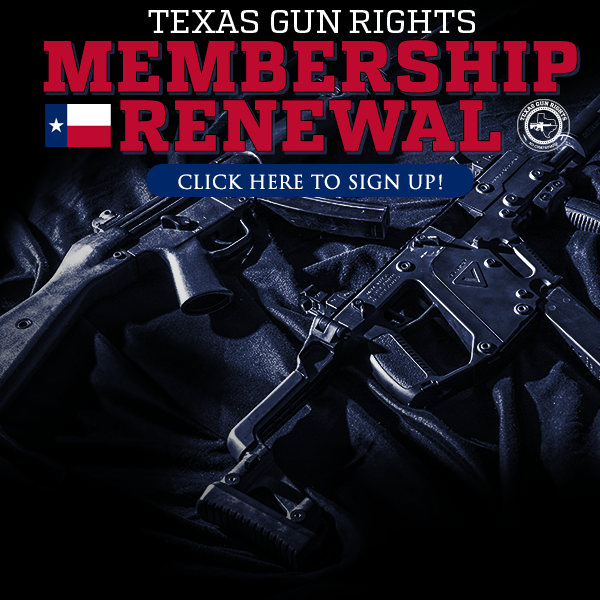 Right now, the gun control lobby believes they have the upper hand.

As the body count rose here in Texas and in Ohio, gun grabbers could barely hide their excitement.

Grinning from ear to ear, “Moms Against Guns” organizers gleefully posed for photos in front of the White House.

They knew their gun control agenda just received a steroid injection to the arm.

Right on cue, they placed the blame on you and me for these recent tragedies.

And they are demanding politicians enact more of the same defunct laws that helped enable these horrible shootings in the first place…by disarming law-abiding citizens.

Sadly, even Republicans are seizing the opportunity to gain favor with the anti-gun media.

Governor Abbott compared the private sale of firearms between Texans as akin to arming terrorists.

And with Governor Abbott under immense pressure to call on a special session of the legislature to take up gun control, I’m going to need your help pushing back against the gun control lobby.

With TXGR memberships up for renewal, I’m counting on your IMMEDIATE action.

Because your support is so critical right now, I am automatically entering you to win a Smith & Wesson M&P 9mm handgun — with a custom TXGR Green Force Tactical holster -– a total value of $599, simply by renewing your TXGR membership!

After I delivered over 10,000 TXGR member-signed “No Gun Control Mandate” petitions to a Senate Committee, Lt. Governor Dan Patrick announced that “Red Flag” legislation was dead on arrival if it reached his Senate floor.

But with a renewed push for gun control in 2019 — spearheaded by Republican leaders — I’m afraid Governor Abbott may cave to the demands for a special session of the legislature.

That’s why I’m relying on you to renew your TXGR membership, so we can continue encouraging your politicians to stand firm on the Second Amendment: NO COMPROMISE!

After every tragedy, pro-gun Americans automatically shift into defense against the inevitable calls for more gun control.

But as a TXGR member, you know it’s also critically important we continue striking back on offense.

That’s why it’s important we continue pushing for Constitutional Carry!

If you can legally possess a handgun, you should be able to carry it. Period.

No government permission, no taxes and fees. As simple as that.

Thanks to TXGR’s dedicated supporters, Constitutional Carry was catapulted to the center of legislative discussion over the past six years!

In 2015, TXGR connected thousands of pro-gun Texans’ phone calls to the office of the Lieutenant Governor -– urging him to allow a vote on Constitutional Carry.

In an effort to get the heat off his back, he instead offered pro-gun Texans a compromise bill for licensed open carry of a handgun.

Something 31 states already enjoy WITHOUT a license.

In 2017, your activism forced Homeland Security and Public Safety Committee Chairman Phil King to give Constitutional Carry its first ever hearing in the Texas House.

But in an act of betrayal, Representative King left the Constitutional Carry bill languishing in committee, opting to pass a bill for the reduction of license fees instead.

Even though we didn’t achieve our ultimate goal, advocating for Constitutional Carry forced the establishment to give us these minor pro-gun victories.

That wouldn’t have happened without the support of TXGR members just like you.

The truth is, you’re a critical part of all Texas Gun Rights does.

With the constant shrieking for more gun control after recent tragedies, and anti-gun Democrats like Nancy Pelosi declaring Texas’ suburbs “ground zero” for 2020, we have our work cut out for us.

And with all we’re facing in Texas, we MUST keep a strong pro-gun presence.

We must stop gun control extremists from exploiting these tragedies to push their radical agenda!