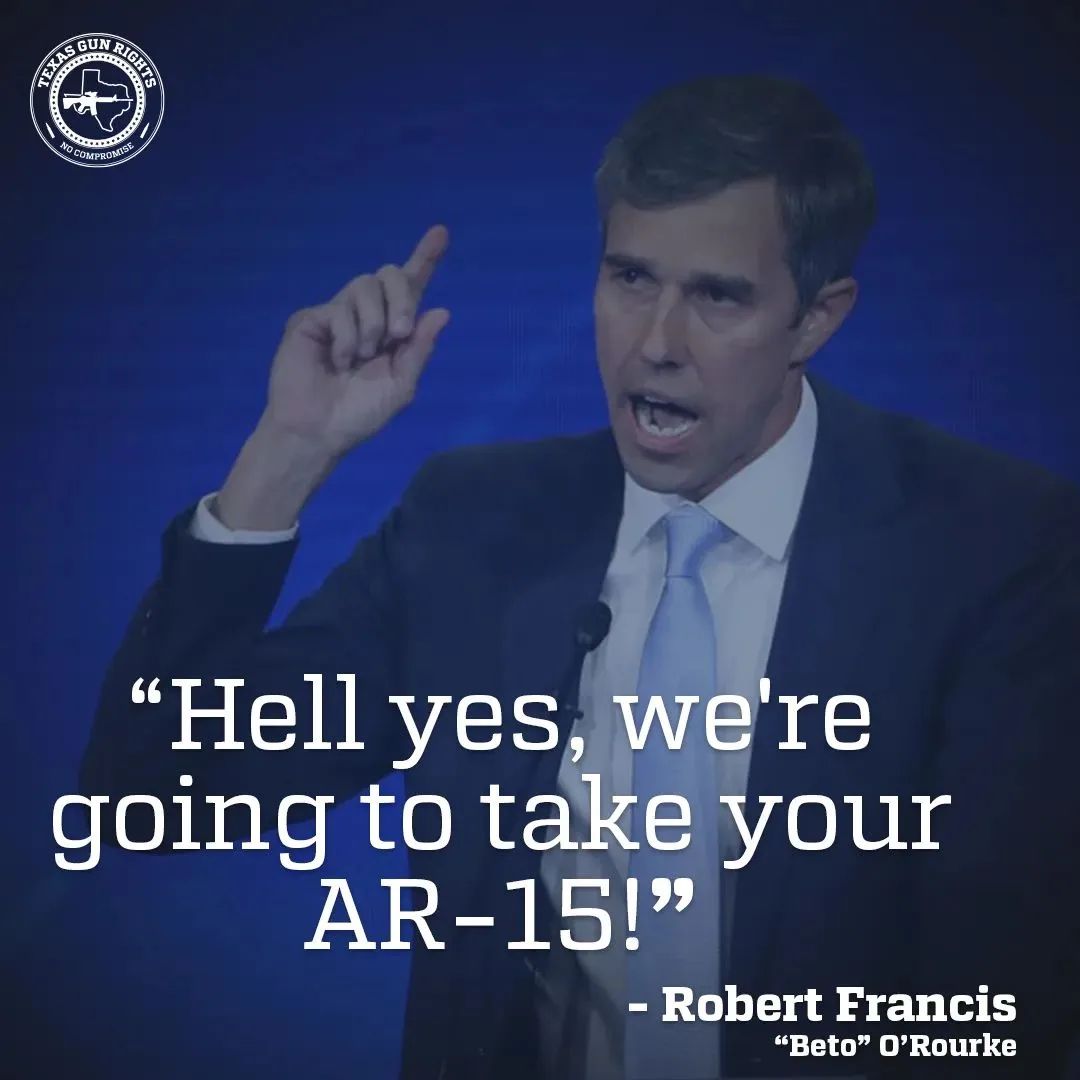 Establishment RINOs are setting the table for anti-gun Democrats… and your Second Amendment rights are on the menu.

Yes, you read that right.

Leading up to an election that will determine the future of our most precious rights in Texas, Republicans in Austin are helping more radical Democrats get elected.

After the fit establishment types like Lt. Gov. Dan Patrick pitched when the grassroots demanded Constitutional Carry, this shouldn’t be a surprise.

Politicians from the left and the right are both itching to get back to the swampy status quo in Austin where they can push for gun control and even repeal Texas’ popular new Constitutional Carry law.

But with your help, Texas Gun Rights will expose anti-gun politicians before they get into office.

Gun rights champions Rep. Kyle Biedermann and Rep. Jeff Cason were both drawn into unfavorable legislative districts by the vengeful establishment as punishment for their part in pushing Constitutional Carry.

Rep. Cason was even drawn into a majority blue area essentially handing Democrats another seat in the House of Representatives!

Both of these legislators worked with Texas Gun Rights to make HB 1927 a true Constitutional Carry bill and push it through the State House.

Clearly, protecting the gun rights of Texans is an unforgivable offense to the elitist politicians down in Austin.

While Republican leaders are already surrendering to demands with the new district map, Democrats are showing no signs of returning the favor.

And of course, with Beto (Mr. “Hell yes we’ll take your AR-15!”) running for Governor, Texans can expect serious attacks on gun rights in the near future.

And it is clear that for Beto and the Democrats riding on his coattails, gun control is a top priority.

In his campaign announcement video, Beto even attacked Constitutional Carry supporters, calling you “divisive” and promising to ram through more anti-gun restrictions in law if he wins.

But Texas Gun Rights is not about to let these gun grabbers steamroll through election season and into office without a fight.

To defeat the unholy alliance of establishment RINOs and anti-gun Democrats, Texas Gun Rights is launching our primary accountability program.

This election season, TXGR needs to reach gun owners all over the state with the truth about where their candidates for office stand on their rights.

Unlike the milquetoast establishment gun lobby, Texas Gun Rights holds candidates feet to the fire – getting them on record with their stance on issues like Expanding Constitutional Carry and Banning Red Flag Gun Confiscation from Texas.

And you can be sure that constituents of incumbents who fought against gun rights last session hear from us this election season.

I want to layer the districts of bad politicians with program to inform and mobilize gun owners in their districts to hold their legislators’ feet to the fire.

This is the strategy that secured Constitutional Carry and it is the only way to stop the all-out assault on your rights by the Austin establishment.

But to accomplish these goals I must have you backing our efforts.

Thanks to supporters like you, we have the momentum needed to hold anti-gun incumbents accountable and expose candidates who run under the “pro-gun” banner but will not take a stand for your right to keep and bear arms when it matters most.

But I must be able to count on your support today to fight back against gun control zealots like “Beto” O’Rourke and any RINOs willing to go along with his demands.

You see, Beto’s run will bolster campaign funds for many leftists down the ballot. We could be in for a drastic increase of gun control activists in the legislature if we don’t remain vigilant.

And of course, noodle-spined Republicans are more than happy to roll over on Second Amendment issues if they think it will spare attacks from the left.

We must make it clear that caving to the Gun Control Lobby has terrible consequences.

Now Texas Gun Rights’ program is far more effective than anything the anti-gun establishment can throw our way – but only if we can pay for it.

I will be completely honest with you, I don’t currently have the resources needed to execute our program like I want to.

Without an influx of funding from patriots all over Texas, I will be forced to cut key sections of our Accountability Program.

So after you fill out your pledge, I hope you’ll please agree to your generous contribution of $250.

I know I’m asking for a lot, but 2022 is looking to be a critical year for Texas — especially with the pending onslaught of Beto Bucks to be spent on our state.

And if you’re just stretched too thin from the holidays, please agree to assist TXGR by giving $70 today.

Whatever you decide, please be sure to sign your Texas Gun Rights pledge today.

I am honored to fight alongside patriots like you.

P.S. Politicians from the left and the right are both itching to get back to the swampy status quo in Austin where they can push for gun control and even repeal Texas’ popular new Constitutional Carry law.

But with your help, Texas Gun Rights will expose anti-gun politicians before they get into office.

I hope you’ll please agree to your generous contribution of $250.

And if you’re just stretched too thin from the holidays, please agree to assist TXGR by giving $70 today.