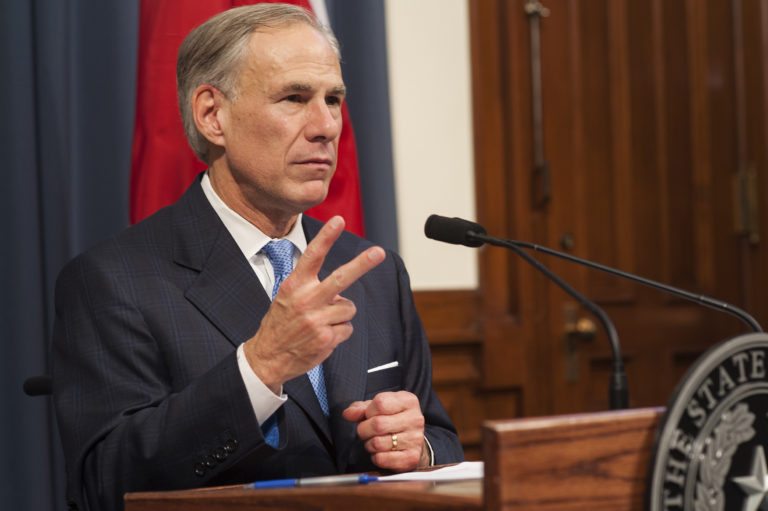 Every pro-gun Texan knows this fact.

In light of recent events, that’s EXACTLY why lawmakers should focus on passing Constitutional Carry legislation, allowing law-abiding citizens to be their own first line of defense!

Sadly, we can rarely count on our elected officials to do the right thing without extra encouragement.

And following the tragedies in El Paso and Ohio, it appears Governor Abbott needs some of that encouragement.

Yesterday, Governor Abbott announced the creation of the “Texas Safety Commission,” and he is filling the table with anti-gun voices.

Even worse, not a single voice from the pro-gun grassroots is on the commission, and the establishment gun lobby was only recently added as an afterthought…

In fact, your Texas Gun Rights did not even receive an invite…and the first meeting is scheduled for this Thursday, August 22!

That’s why Governor Abbott must hear from you RIGHT AWAY.

Please click here to email Governor Abbott to OPPOSE all calls for gun control — and insist he support pro-gun Constitutional Carry legislation instead!

If you’d like to send your own email, use the language below to guide your comments:

As a pro-gun Texan, I urge you to reject calls for the Texas Legislature to pass gun control.

Every proposal being pushed by gun control advocates would not have prevented any of the recent attacks, but would only further hinder law-abiding citizens from arming themselves against threats from criminals seeking to do harm.

I especially urge you to reject the calls to pass due process-shredding gun confiscation orders. These laws are not only a violation of the Second Amendment, but also the First Amendment, Fourth Amendment, Fifth Amendment, Sixth Amendment and Eighth Amendment.

Again, I urge you to reject all calls for more gun control and to instead focus on passing legislation that enables law-abiding citizens to be their own first line of defense, such as Constitutional Carry.

Texas Gun Rights will keep me informed of your actions.

*** Ed Scruggs of Texas Gun Sense, an organization who lobbies for strict gun control in Texas.

Those discussions resulted in Abbott’s call for the Legislature to study “Red Flag” Gun Confiscation laws.

Thanks to an onslaught of phone calls from Texas Gun Rights members and supporters, Abbott hastily backtracked his support of “Red Flag” Gun Confiscation, forcing Lt. Governor Dan Patrick to declare it “dead on arrival” in the Texas Senate.

But with a fresh tragedy and a new anti-gun “Safety Commission” scheduled to meet on Thursday, I’m afraid Governor Abbott may cave to their demands.

So please click here to email Governor Abbott to insist he OPPOSE all calls for gun control and instead support Constitutional Carry legislation!

Thank you for all you’re able to do.