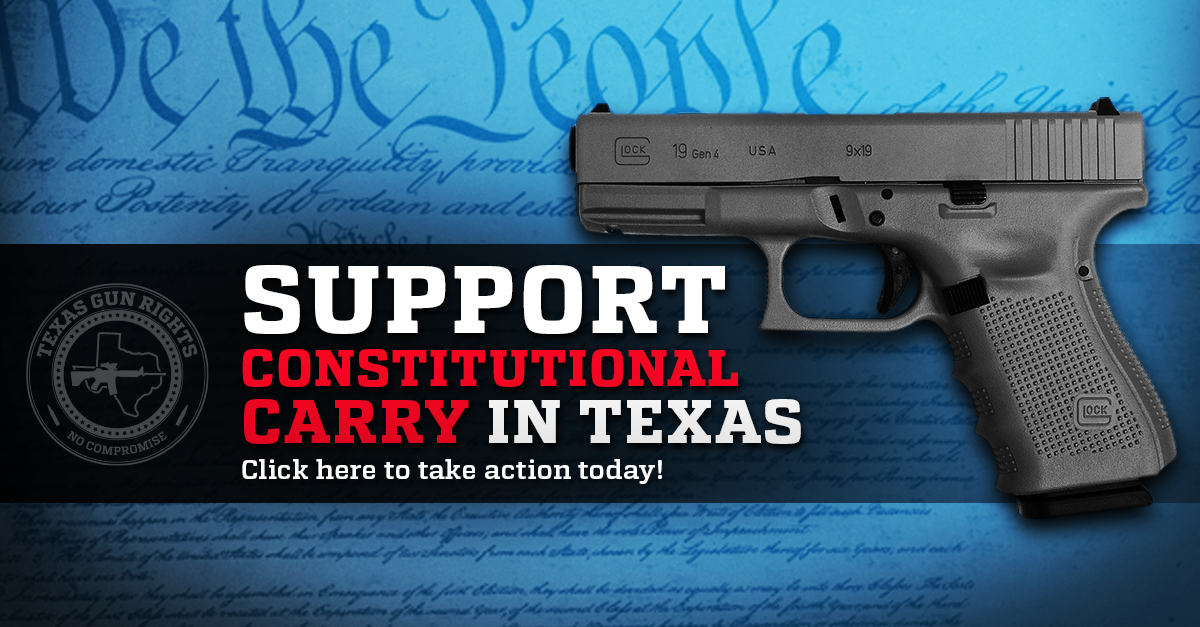 Since anti-gun Democrats DON’T control the State Legislature, you’d think this would be an easy fight…

Sadly, the GOP Establishment are the ones preparing to derail Constitutional Carry with competing, watered-down “permitless carry” bills and compromises instead of simply fighting to restore your Second Amendment rights.

That’s why Texas Gun Rights is going all-out to force a recorded vote on this very important piece of legislation.

And we’re going to deliver a BOLD message to every politician in Austin: support TRUE Constitutional Carry, NO COMPROMISE!

But your legislators MUST hear from you RIGHT AWAY!

Make no mistake, the fight for Constitutional Carry WON’T be easy…

And thanks to you making him crack, we now get to call him FORMER Speaker.

But I know that’s not nearly enough…

Frankly, Texas has been lagging way behind the country when it comes to gun rights for FAR too long!

But with your steadfast support, we can make Texas the 19th state to pass this pro-gun, pro-freedom legislation in America.