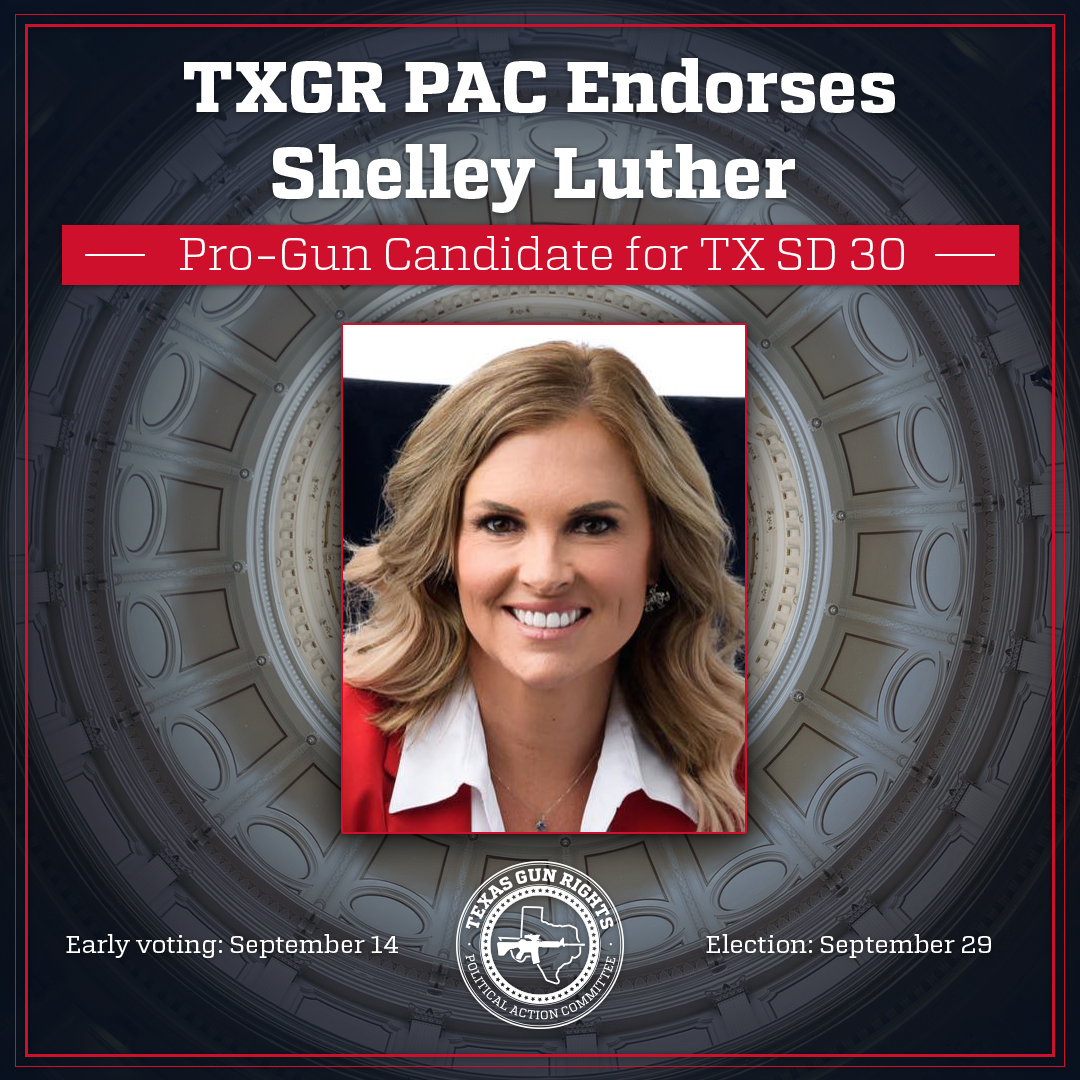 “It is clear Shelley Luther is the strongest pro-gun candidate running to fill the Senate District 30 seat being vacated by Pat Fallon. Texas Gun Rights PAC is proud to endorse Shelley Luther for Senate in the September 29th Special Election.”

Shelley Luther is a small business owner from Pilot Point who was arrested in Dallas County after refusing to shut down her salon, amid the government’s heavy-handed response to COVID-19.

“Even before Shelley decided to run for office, she proved she had the courage to stand up and fight against an overreaching government without backing down,” McNutt continued. “So it’s no surprise Shelley Luther was also the first candidate in the Senate District 30 race to take a bold, pro-gun stance.”

Passing Constitutional Carry legislation is part of Luther’s campaign platform and has been a top priority of the Republican Party of Texas for the past 6 years. Her opponent, State Representative Drew Springer, has never supported Constitutional Carry since being elected in 2012.

“State Representative Drew Springer claims to be ‘pro-gun,’ and yet he repeatedly refused to co-author Constitutional Carry every year that it was introduced,” said McNutt. “Pro-gun Texans in Senate District 30 need a leader who is willing to fight for the Second Amendment like Shelley Luther, not another political backbencher looking for a job promotion.”

If passed, Texas would join 15 other states with Constitutional Carry laws already on the books.