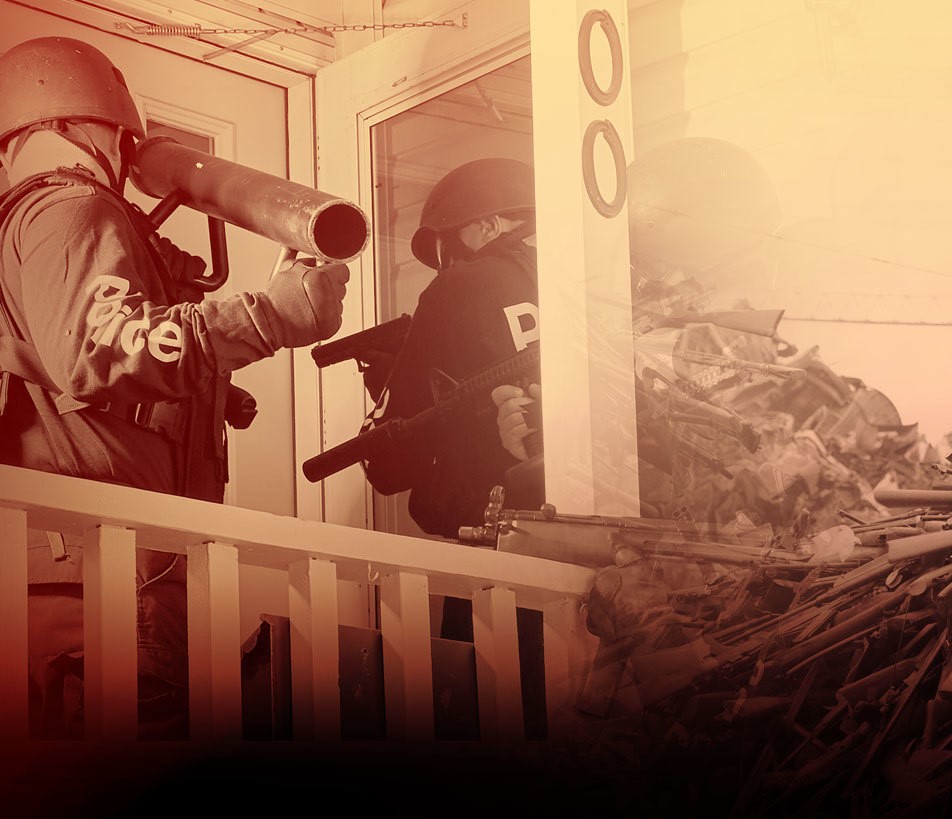 “Red Flag” Gun Confiscation orders have never been a bigger threat than they are right now.

As you read this, your government officials are being offered legal bribes to infringe on your right to bear arms and your right to be considered innocent until proven guilty.

In 2019, the threat of “Red Flag” Gun Confiscation reared its ugly head when Governor Abbott and Dan Patrick pushed for special hearings on “Red Flag” in their “Gun Control Roadshow”.

After the immense pressure campaign including thousands of petitions, phone calls, and emails by Texas Gun Rights members like you, their “Gun Control Roadshow” was forced to a halt in early 2020.

But now two years later, the “Red Flag” threat is back… this time with bribes from the federal government.

Included in the sweeping gun control law passed by Texas traitor Senator John Cornyn was millions of taxpayer dollars to “incentivize” states without “Red Flag” laws to pass them and for police departments to look for new ways to remove more guns from private citizens.

We must do more than simply fight a defensive battle, forever trying to keep corrupt Texas officials from taking the bribe. We must go on the offensive and outright BAN “Red Flag” orders from Texas.

Here’s the sneaky problem you run into by only fighting a defensive battle against “Red Flag.” Even without the legislature passing a “Red Flag” law, liberal police departments in cities like Austin and Dallas — or even more rural areas — can implement gun confiscation without adequate due process and get their hands on the federal money pile.

This tactic is just “Red Flag” under another name.

Texas must not let the feds infiltrate police departments with this bribery money to harass and harm gun owners. But if we don’t take a stand NOW that is exactly what will happen. So please, sign your petition now to your lawmakers telling them to BAN “Red Flag” Gun Confiscation in Texas!

“Red Flag” laws are anti-Constitution and they are deadly.

Without ever being convicted or even accused of a crime, you can be forced to hand over all of your firearms to police who show up at your house. All that it takes is for someone to call in a complaint or concern that you might become dangerous.

With “Red Flag” orders, the same people who requested the FBI investigate parents as domestic terrorists for complaining about pornography in schools have the power to target you. All it takes is a phone call.

After your guns are taken, you must prove your innocence to a judge who will determine whether or not you deserve your Second Amendment rights.

Of course, that is assuming you make it that far.

Just look at Maryland, a “Red Flag” state, where in 2018 a man, who had not committed any crime, was shot and killed at his home by police sent on a “Red Flag” order.

And as many sheriffs across the country have pointed out, sending law enforcement to confiscate guns from law-abiding citizens on “Red Flag” orders needlessly puts police in danger as well.

Imagine, you are woken up by the sound of your front door being ripped from its hinges. Your dog is barking and your children are screaming from their bedroom. If you are like me, the first thing you do is grab your gun.

But instead of robbers or rioters, it is the police here to confiscate your guns because, after a heated Facebook argument, your liberal cousin called in a “Red Flag” report on you.

In this confusing and frantic situation, everyone will be lucky to make it out alive and uninjured.

The cost to life and liberty is too great to allow “Red Flag” orders to ever be implemented in Texas.

For the sake of your right to defend your family, please sign your petition to your lawmakers right away. Tell them “Ban ‘Red Flag’ in Texas!”

Besides the great threat “Red Flag” orders present to law-abiding gun owners, it is also clear that they do not prevent violent crime.

On July 4th of this year, in a suburban neighborhood of Chicago, a lunatic with a long history of mentally unstable and violent behavior fired on a parade, murdering six people and injuring dozens more. Illinois is, of course, a “Red Flag” state with nearly every gun control law the Left can think up, but they did nothing to stop this tragedy.

That is just a slice of the massive amount of murder that occurs in cities dominated by gun control, so much so that safety is more of the exception than the rule for the people living there.

“Red Flag” laws only benefit tyrants in the form of government officials and busybody neighbors alike.

I need your help to stop this threat to your gun freedom.

Your efforts pushed Constitutional Carry into law last legislative session, and I know that together we can secure another victory for gun rights in Texas.

So please, after signing your petition, dig deep and give what you are able to fund Texas Gun Rights’ program to BAN “Red Flag” in our state.

Even if you are stretched thin right now, as many are in Biden’s horrible economy, please know that anything you can give helps to inform and mobilize more Texans in the fight against “Red Flag.”

We must pay for a powerful mail, phone, social media, and on the ground program if we are going to force politicians to listen to gun owners like you.

I cannot do this without you, but with your help, I am confident that “Red Flag” Gun Confiscation can be snuffed out in Texas no matter how much bribe money the feds dangle in front of legislators’ noses.

We don’t have the cash to compete with the Gun Control Lobby, but if I have you fighting alongside me, we will have the grassroots pressure to defeat the freedom-hating commies lurking at the door.

For the future of gun owners in Texas, we must fight with everything we have. I am honored to fight alongside you.