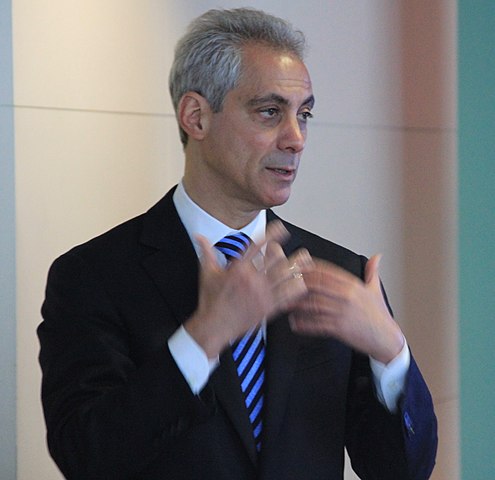 “You never want a serious crisis to go to waste.”

That statement was uttered by former Obama Chief of Staff Rahm Emanuel in 2008.

Since then, the anti-gun Left has used those words as scripture during every tragedy.

The current COVID-19 crisis is no different.

State and local governments across the U.S. and Texas are declaring “emergencies” amid the growing pandemic.

Many of these declarations grant authority to local officials to outright ban firearms and ammunition sales.

Mayor LaToya Cantrell seized this authority for herself to ban guns throughout the city of New Orleans.

Her COVID-19 “emergency” proclamation expressly gives city government power to “suspend or limit the sale and transporting of firearms and combustibles” (ammunition).

Sadly, this isn’t the first time something like this has happened in recent history.

Disarming citizens during their most vulnerable moment — even as government proved it lacked the resources to protect those very citizens.

If we don’t remain vigilant, we could see these types of measures creep into towns and cities across Texas.

Fellow Patriot, states like Washington and Michigan are already suspending fingerprinting for concealed carry permits…denying citizens their right to carry a handgun.

Meanwhile tens of thousands of citizens across the country are trying to purchase their first-ever firearm for self-defense in these uncertain times.

Yet government bureaucrats are getting in the way by not issuing licenses.

As you and I know, a right delayed is a right denied…

…and a right that must be purchased is no right at all!

That’s why it’s long past time for Texas to pass Constitutional Carry, allowing law-abiding Texans to be their own first line of defense.

In spite of recent viral Facebook posts stating otherwise, Texas does NOT have Constitutional Carry right now, even though Governor Abbott declared a “State of Emergency.”

As written, the law states an evacuation order must be issued to exercise temporary Constitutional Carry.

And the exact opposite is happening as cities across Texas are forcing businesses to close and encouraging folks to self-quarantine.

That’s why I’m asking for your help, Fellow Patriot.

Those words couldn’t be truer today.

Texas Gun Rights is committed to continue fighting for your gun rights during this time of crisis.

We will continue holding ALL politicians and bureaucrats accountable for infringing on a law-abiding citizen’s right to self-defense.

And your ability to defend yourself and your loved ones will never be more important than it is right now.

Thank you and God bless.