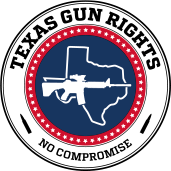 As a new father, my heart sank to the floor when I heard about the children murdered by a deranged criminal at an elementary school in Uvalde yesterday.

Just last week, my wife and I chose a school for our five-month-old daughter to attend once she turns a year old — and the thought of such a tragedy happening at her future school instantly sowed a seed of fear and doubt in my brain.

I pray no one else ever has to experience the pain and trauma the families in Uvalde are experiencing right now, and I pray that the families and victims of this senseless tragedy will find strength through the Lord to get through this.

Sadly (and as expected), this tragic event is already being exploited by the anti-gun Left for political purposes — all in effort to salvage and distract everyone from the fledgling polling numbers of President Biden and anti-gun Democrats nationwide.

Even before Joe Biden rushed to the camera to give his super-partisan gun control speech last night, and before Beto hijacked Governor Abbott’s press conference to score political points, gun control activist groups like Brady United for Gun Control were mobilizing end to the U.S. Senate filibuster — so the Senate can ram gun control through Congress with a simple majority.

Of course, Moms Against Guns and their affiliate, Everytown for Gun Control, sprung into action with calls for more gun control from our elected leaders — before the crime scene was even fully processed and before all of the details of the crime were fully released. 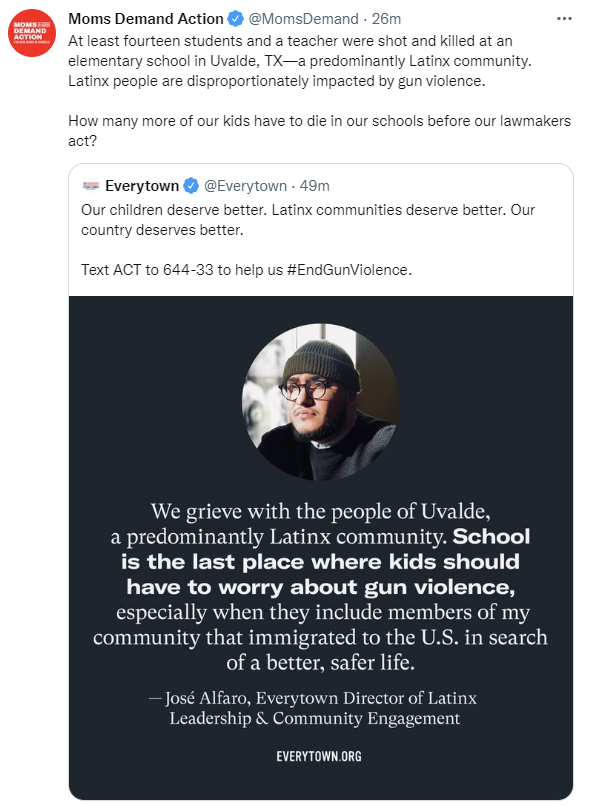 Michael, the anti-gun Left is filled with glee because they KNOW their coffers will soon be flooded with money from anti-gun elites and heartbroken parents they’re exploiting all over the country.

And they are hell bent on dividing our communities with hatred and racist narratives instead of actually helping the victims and their families.

Calls for AR-15 bans instantly consumed social media following the shooting… even though the reports were conflicting whether he used a rifle or a handgun.

Calls for expanded background checks came at the cries of gun control activists across the country, yet the killer was 18 years old and could not legally purchase his handgun and successfully passed a criminal background check for his rifle.

Here in Texas, calls for the repeal of our Constitutional Carry law are being mentioned as a solution that could have prevented this tragedy – even though this deranged killer is not even old enough to carry a handgun under the new Texas law.

The painful truth is these innocent children were left defenseless against a madman because we refuse to protect our children while at school — no thanks to the Gun Free Zones Act supported by President Biden when he was a Senator.

Yet bureaucrats in Washington and Austin are focused on expanding their failed gun laws and turning more law-abiding citizens into sitting ducks with less guns, more restrictions, and more “Gun Free” zones.

The simple truth is gun control is failing our country.

And solutions that punish law-abiding citizens for the actions of a deranged criminal are clearly NOT a viable solution.

Michael, sadly, we are now preparing for the largest assault on gun rights that we’ve ever seen and we must be able to fight back vigorously.

As we’ve seen in the past, even some of our highest ranking Republicans in Texas have catered to the anti-gun media after a tragedy… from Senator John Cornyn to Governor Greg Abbott and even Lt. Governor Dan Patrick.

That’s why law-abiding gun owners must be louder than MSDNC and the anti-gun media with their giant megaphone.

So please sign your No Gun Control Mandate to your lawmakers today.

I’m sure you will agree that defending your Second Amendment rights is at least as important as your monthly streaming service.

But I also know that might be a stretch for some of our most dedicated members — with the costs of virtually everything we consume rising under the broken Biden Administration.

So I hope you will share this article with at least 5 family members or friends so they can join the Texas Gun Rights army to fight the inevitable gun control onslaught.

And most importantly, I hope you’ll join me in praying for the victims and their families.

We couldn’t do this without you.

P.S. Law-abiding gun owners must be louder than MSDNC and the anti-gun media with their giant megaphone.

So please sign your No Gun Control Mandate to your lawmakers today.