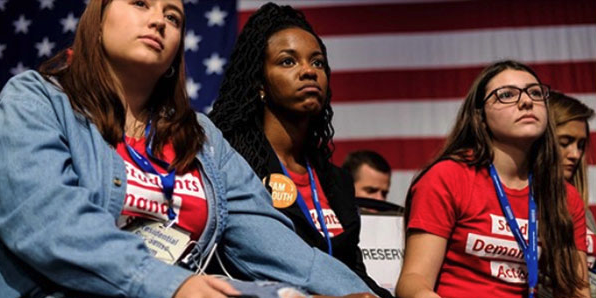 When RINOs Win, You Lose

Bloomberg and his “Everytown for Gun Control” group are flooding the state with millions to flip the Texas House of Representatives during the 2020 November election.

And they only need to pick-up 9 seats to buy control.

If successful, pressure would shift to weak-kneed Republicans in the Senate to take up gun control if — God forbid –– another tragedy strikes…

With the Lone Star State facing this onslaught of anti-gun spending in 2020, it is vital pro-gun Texans mobilize to derail their radical gun control agenda at once.

Anti-gun Democrats across the country are proclaiming Texas “ground zero” in their national crusade for gun control, Patriot.

But as we in Texas know, these assaults on our gun rights aren’t only coming from the Left.

Our own Lt. Governor Dan Patrick is a champion for Universal Gun Registration — banning the private sale, trading, or even borrowing of firearms without bureaucratic government approval.

And if you recall, both Governor Abbott and Lt. Governor Dan Patrick launched a 6-month long “Gun Control Roadshow” across the state last year to appease the Gun Control Lobby.

Thanks to your pressure — and the government freak out surrounding COVID-19 — these gun control hearings came to a screeching halt.

But with 2020 being such a crucial election year, it’s absolutely critical we grow and maintain our ranks of grassroots Second Amendment defenders.

That’s why I’m counting on you to activate your TXGR membership today!

You see, election season is the best time to pressure candidates to stand firm on the Second Amendment — BEFORE they are elected or re-elected to office.

If you’re anything like me, you’re sick and tired of weak Republican “leadership” believing that caving to the “do something” crowd to pass gun control will somehow earn them favor with the radical Left in the general election.

In reality, their capitulating to the other side is only alienating their core base of support.

Just take a look at Republican U.S. Rep. Dan Crenshaw, who stuck his neck out to endorse “Red Flag” Gun Confiscation last year in his attempt to appear “reasonable” to the anti-gun crowd.

Now, according to the Houston Chronicle, “Everytown for Gun Control” listed Crenshaw as one of their top targets for November.

Proving no amount of compromise will ever appease them.

When it comes to your gun rights, Texas Gun Rights believes there is NO room for compromise, and the Second Amendment shall not be infringed!

And pro-gun Texans simply will not support Republicans if they can’t distinguish themselves from anti-gun Democrats.

That’s why I am writing you.

Your TXGR membership will ensure the operational requirements and financial fortitude of our programs are met — allowing even more pro-gun Texans to be mobilized into the fight.

Our program utilizes mail, email, social media, and door-to-door activism to inform pro-gun Texans of the actions — and inaction — of their politicians when it comes to your gun rights.

That’s why it is so critical you activate your 2020 TXGR membership today.

With more pro-gun activists in the fold, we will not only push back the gun control crowd, but propose ways for more Texans to be their own first line of defense.

With so many states passing Constitutional Carry and upholding their citizens’ Second Amendment rights, it’s a shame Texas is lagging behind the nation because so-called conservative legislators are dropping the ball.

But pushing Constitutional Carry, as well as fighting the gun control onslaught, takes a lot of resources.

Thank you for your continued dedication and support.